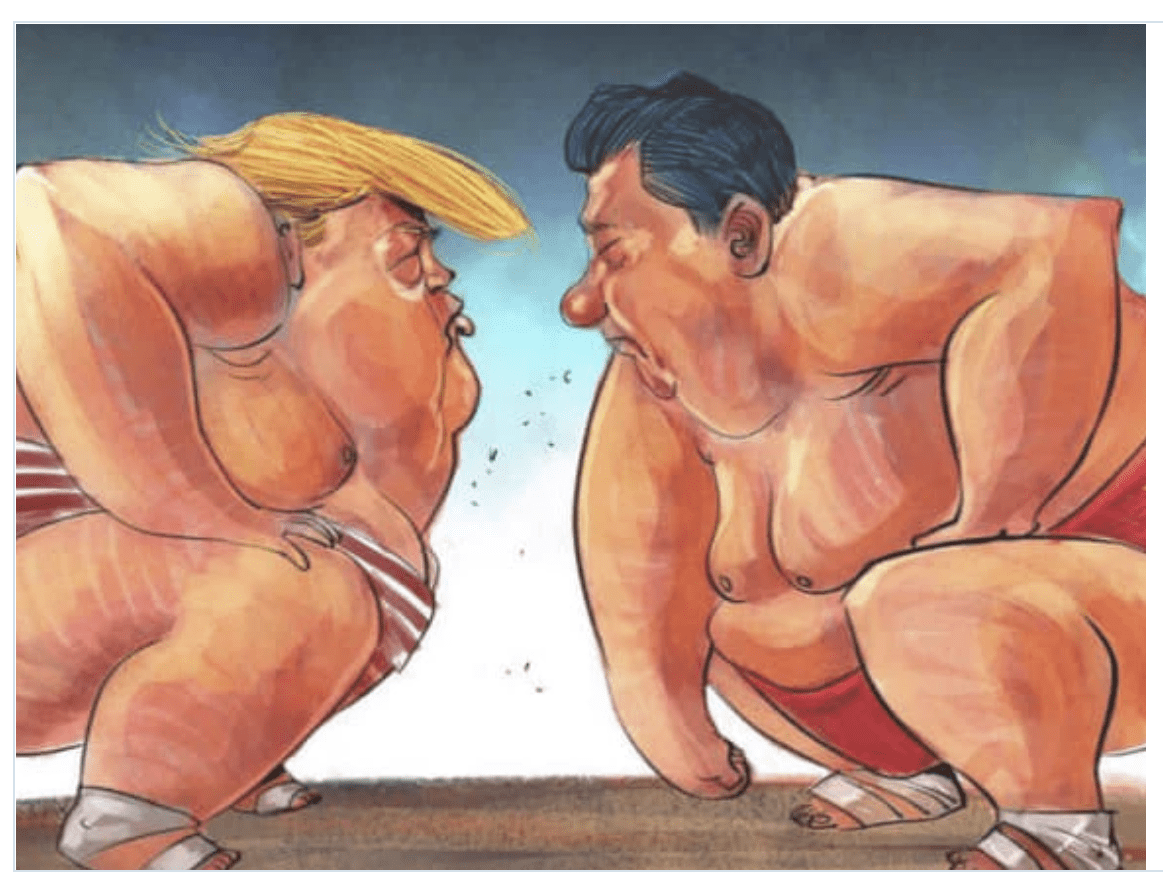 Discerning politics from policy is always a challenge for investors, regardless of the party or administration occupying the White House. The current president seems to raise that challenge to extreme levels. This statement can apply to many different areas, but it is especially relevant in regards to the dominant economic variable over the past 12 months, the US-China trade dispute. While we do not believe handicapping the outcome is an investable strategy, we think it is critical to maintain a dynamic framework to understand the situation.

The US equity market enjoyed several months of calm to start 2019 as negotiations between the two sides appeared to be progressing. The consensus view (which we shared) was that a trade deal was on track, perhaps not a comprehensive, transformative deal, but enough to end the recently imposed tariffs and allow companies and investors to begin to move forward with some level of clarity. The deal blew up in early May, and it has become evident over recent months that the sides are further away than markets had believed.

It is popular to ascribe full credit (or blame) to presidents for particular issues, when in reality political leaders are reflective of larger issues in a society or constituency. While President Trump is clearly executing this negotiation in his unique style, we think the core issue is much larger than the current occupant of the White House. Former US Commerce Department official Stefan Selig recently described the situation as a “Generational Struggle”, indicating the breadth and depth of the matter, as well as the time which it may take to “resolve”.

While it is tempting to view the current dispute as simply another chapter from “The Art of the Deal”, several markers point towards a much larger struggle, including: the US filing a trade dispute against China with the WTO in 2004, only three years after China’s admittance to the WTO; tariff and trade enforcement actions by the G.W. Bush and Obama administrations; and Senator Schumer’s recent comments that he is “closer to [Trump] on trade than I was to either Obama or Bush”. Perhaps most importantly from the US side, surging presidential candidate Senator Elizabeth Warren recently outlined a trade position which would be more restrictive towards China than the track being followed by the Trump administration.

Before we return to the proximate issues of trade imbalances, intellectual property transfer/theft, and tariffs, we believe a brief detour to add historical context is helpful. The term Thucydides’ Trap has been increasingly discussed in regards to the US-China relationship, in reference to the Athenian historian who detailed the struggle between the ruling power (Sparta) and the rising power (Athens). The theory states that increasing economic and military power for the rising nation inevitably leads to conflict. This conflict does not always, but often, leads to war according to Harvard’s Graham Allison. In Allison’s study, discussed in his excellent 2015 article in The Atlantic, 12 of 16 cases over the past four centuries have led to outright war, including both World Wars. 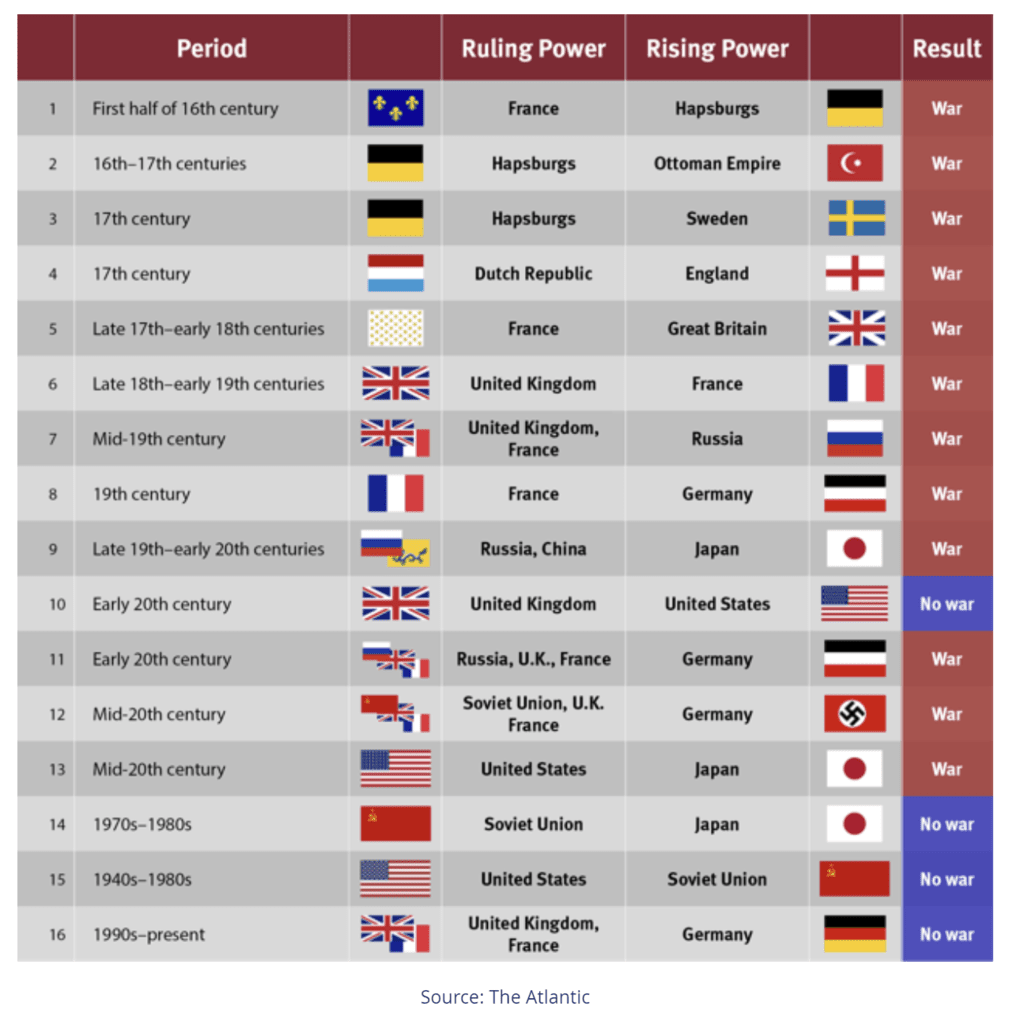 China’s military buildup and incredibly rapid economic resurgence clearly position the relationship for a high risk of Thucydides’ Trap. With China’s GDP increasing from 10% of the US level in 1990 to 120% of the US level now (in purchasing power parity terms), it is unrealistic to believe that China will simply adhere to US pressure to change its trade practices. With the US losing 5 million manufacturing jobs since China’s addition to the WTO in 2001 (due to several factors), it is equally unreasonable to believe that the US will not attempt to decrease the trade deficit or – more importantly – attempt to stop the flow of intellectual property towards China. Any doubt that Chinese leadership views the struggle as generational should be erased by President Xi’s recent speech to party officials where he stated that “the difficulties would persist through at least 2049”.

If this is a Generational Struggle it does not mean a stable trade relationship is impossible, but that the relationship may be comprised of fits and starts and a series of shorter term agreements. Which brings us to the current trade dispute and the proximate concern for financial markets. As previously discussed, markets underestimated the resolve of the Trump Administration to extract more than superficial concessions from the Chinese, at least thus far. The issue of forced transfer of intellectual property to local Chinese firms through joint ventures has long been a concern of the US government and business community and unless this item is solved it seems unlikely that a long term agreement can be reached.

If the US and China are in a long term struggle, and a trade deal appears unlikely in the short term, must this mean investors should steer clear of equity markets? While a protracted trade dispute will continue to erode corporate confidence (and consumer to a lesser extent) and provide downward pressure on economic growth, we do not believe that a long dispute would be disqualifying for equity assets. First, as we have written previously, supply chains are already adjusting to the change. Second, global interest rates have responded to weaker global growth, resulting in ample liquidity and equity assets remaining relatively more attractive than bonds, in our view. Third, economic growth continues despite the trade dispute and while recent data has been mixed and global growth expectations are falling, the US remains relatively resilient, at least for now. Fourth, and by far most important:

Recessions and Re-elections do not mix well

While US data remains relatively resilient there have been cracks beginning to appear, such as the recent contraction in forward looking manufacturing data. Coupled with an economy at full employment, and an inverted yield curve, recession risks have clearly increased recently, with the trade dispute the main culprit.

Recessions are an absolute death knell for presidential re-elections:

Since the Civil War, only one president has won re-election with a recession occurring in the final two calendar years of his first term: William McKinley in 1900.

Since then, all four presidents running for re-election who had such a recession lost: William Taft, Herbert Hoover, Jimmy Carter and George H.W. Bush.

The full Washington Post article detailing the history of economic contractions and elections is worth a read. To summarize: if President Trump is interested in a second term he would be well advised to do all in his power to avoid a recession. And in order to avoid a recession the economy likely requires at least a cooling of the trade dispute, as business confidence is beginning to erode. So while the President has recently indicated that he is willing to accept some level of market and economic weakness to achieve long term reforms regarding the China relationship, we do not believe he is willing to go so far as to push the US into recession and therefore likely lose the 2020 election.

Of course, it takes both sides to resolve a dispute and President Xi has a different timeline than President Trump (i.e. – he has no short term election concerns). However, Xi’s position is not without risk, including slowing economic growth, political pressure, and a single-party political system which – while more stable than the US in the short-term – is ultimately less stable in the long-term. While Xi is surely eager to use the US election cycle to pressure Trump, he also is not without his own politics to consider. 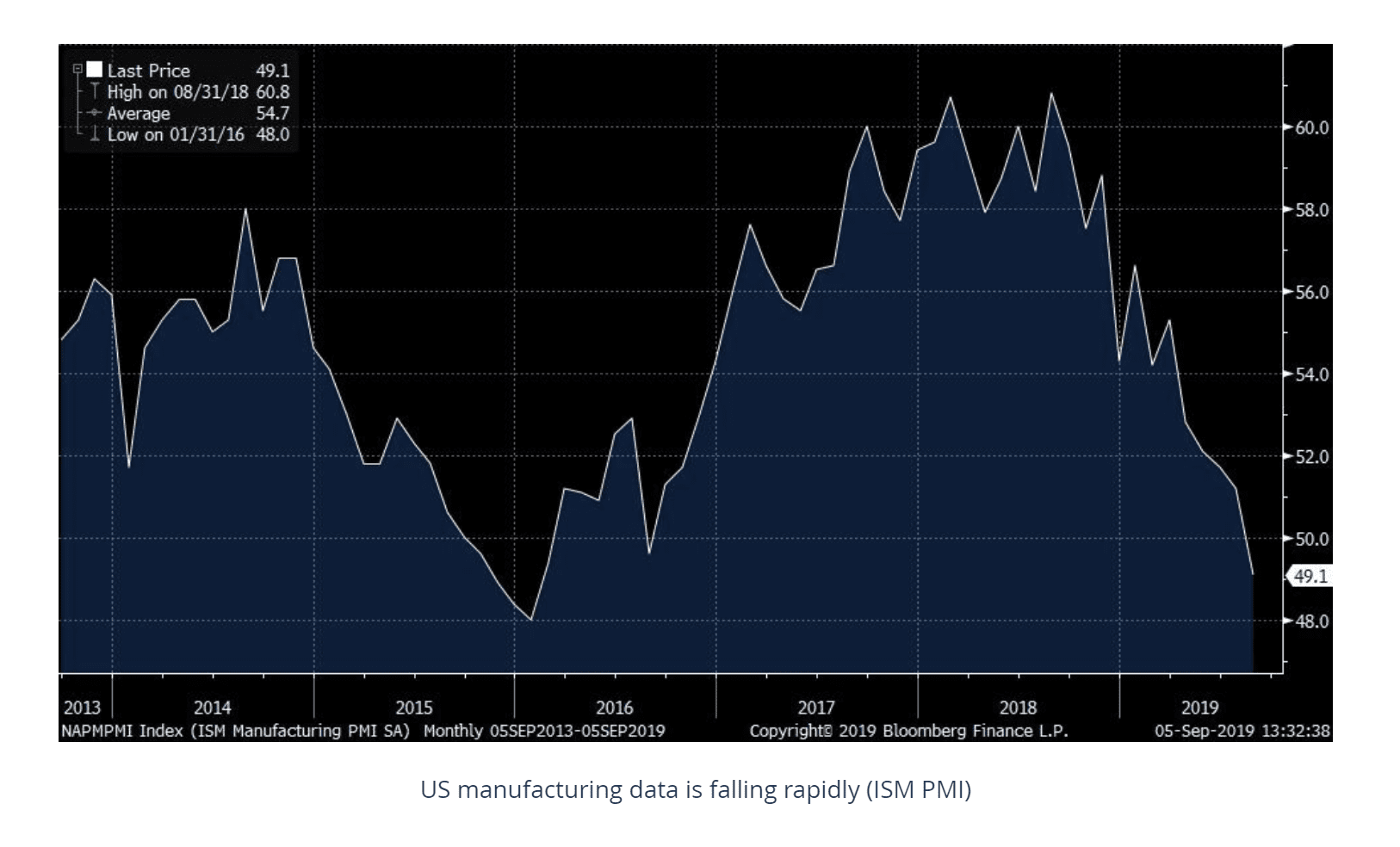 We expect a long struggle as both sides adapt to China’s increased role in the modern economy, including a protracted battle in the current round of negotiations. We do not foresee a resolution of the current round in coming months, although we expect a base case of continued dialog with periodic aggressive tweets/outbursts from both sides. As the calendar turns to 2020, the chances of a deal increase, although our guess is for a minor deal as opposed to substantive reforms.

I look forward to your questions or comments.

Please feel free to get in touch at brian@bluebirdwealthmanagement.com

Disclaimer: This publication is the opinion of Bluebird Wealth Management LLC and is for informational purposes only. It should not be considered investment advice or a recommendation of any investment strategy or security. These opinions are subject to change at any time based upon future events or market conditions. 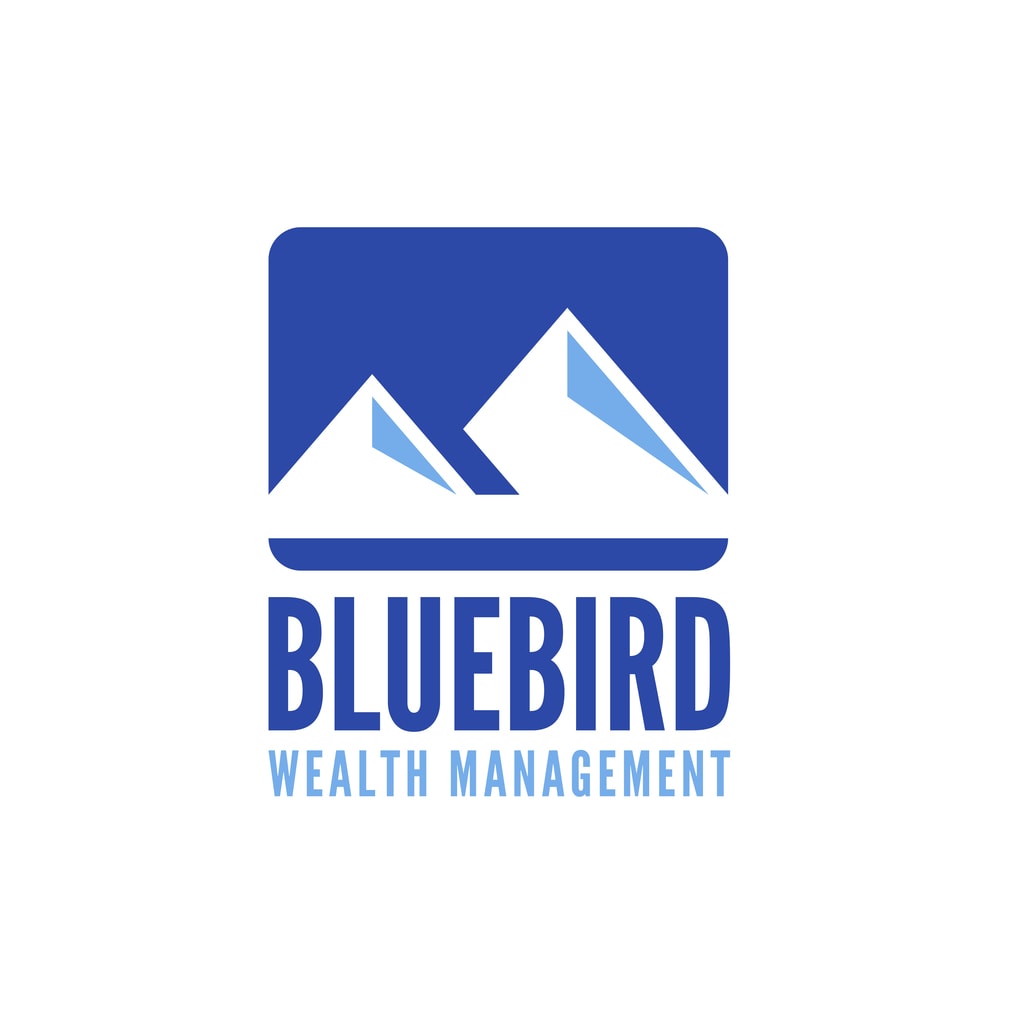